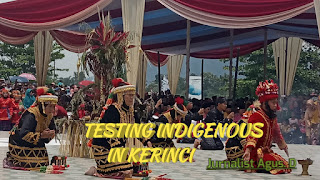 The legal status of 100 buffalo rice is one in the sense that if a person is appointed to be a depati, a batino child must offer (in traditional language) called (scorch) 100 buffalo rice one.

The legal status is 20 goat rice each person who is appointed as Rio (ninek mamak) or equivalent, batino children must offer 20 goat rice one.

Actually this is not a traditional title, usually tengganai is a male child who is elder in a family, while the legal position is rice with a chicken's height.

d.Siliriang Panjang or Netting Rayo is centered in Lolo.

Depati's power according to tradition is told "Beheading break up, eat up, kill to death". Depati has the highest right to decide on a case in a four pillar village called:

Hamlet government (depati government) is not olokrasi, all hamlet problems, children kemanakan always resolved by deliberation and consensus. Ninek mamak always has the power to solve problems in their respective fields. Hamlet consists of several luhah, luhah consisting of several stomachs, stomach composed  of some luhah, the stomach consists of several doors, inside the door there are brushes of the Kerinci government form, before the arrival of the netherlands with the original democratic system, is a pure autonomous system, executive is the depati ninek mamak and the legislature is a clever, clever, and adviser to the government  .

Depati also has the power to punish and regulate according to custom, so that the dual function means that this depati as a hamudic judiciary, this also applies to the village government. Also in the Dutch colonial era and Japan was used to strengthen its occupation in Kerinci first.

The Kerinci tribe as well as other tribes in Sumatra including the southern Mongoloid race speaking austromianic languages ​​based on the Kerinci customs including in the Malay category closest to the Minangkabau and Jambi Malay.  places with other places within the region of Kerinci Regency. To talk with migrants usually use the Minang language and discuss Indonesian (which is still thick as the High Malay).

Kerinci is one of the eleven regions in Indonesia which has the oldest script known as "Encong Kerinci" (Incung). Unfortunately the writings owned by the Kerinci community were not introduced to the community, plus there was no effort from the local government to preserve the writing.

Everyday language in every village in Kerinci is different. For example the word "NO"

Language does not exist (palm fiber).

Language does not exist (Nio).

Language does not exist (Ijea).

Language does not exist (Dakde).

Language does not exist (Tidek).

Language does not exist (Nyende).

8. Land of the Village

Language does not exist (Ciduok). 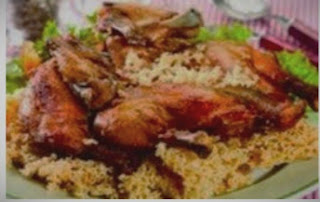