Love my killer, so graduation was jailed

MY TOGA GRADUATION BEHIND THE PROSPEROUS JERJI 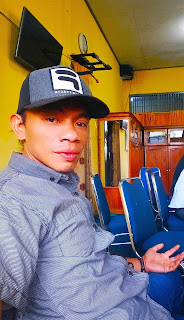 The night did not feel like it had covered G's body, the night wind began to wipe G's young joints, engrossed in enjoying the white dough that made him fly on the three-dimensional Nature.
From the yard of his house on the night of February 5, 2010, dozens of armed members watched him.  G did not know their presence, that the dozens of armed men were members.
G at that time as a smart and talented student who mastered the three countries of the world, English, German and Palestinian, but was very loved behind all of G's talents, vanished due to the influence of the City environment.
G becomes brutal, delinquent, starts haunting his instincts. The city of G is controlled by his colleagues. All of them cannot be controlled like a broken remote, which cannot be activated without white dough.
G reviewed the story of him, Tuesday 15/12/2019 at 00.46 WIB at night.
At that time G became a white dough porter and the Gangster he led led to G including one of the TO and DPO police.
At 11.00 a.m. members in plainclothes armed to the teeth raided the residence of G.
G tried to run and avoid, out of dozens of members, but unfortunate fruitful fate, unlucky for G, G could not move, G was successfully arrested by a member of the West Sumatra authorities that night.

G was arrested and secured by the authorities in West Sumatra City G was handcuffed and flanked by dozens of fully armed members, G could not move.
A week later, G was sentenced by Judge and Prosecutor during his 1.8-month detention from a 10-year prison sentence.

According to information from G the judge and the Prosecutor received money to reduce G's detention period, the money G's parents gave to the judge and prosecutor was approximately 150 million.
After the sentence was completed, G was escorted by the police of the prosecutor's office to a detainee belonging to the Dutch mass relic, then in the city of West Sumatra.

The LP, according to G's statement, is very extensive, which is located very strategically in the hills in the City of West Sumatra.
After all this time G had been in prison, G was ill, finally G was moved to a cell far from the other prisoners' cells with the intention that G's disease could not spread and spread to other prisoners.

Short story implied news from one of the Univ.  in the city of Malang that that day was a special day for graduation to take the title, G received a degree from his place forging knowledge and the name G was mentioned in the graduation speech even though G was on the iron bars.

The next time the Head of the LP asked G to call his family so that G could wear a gown and graduation dress and celebrate at the prison where G was imprisoned.

Finally, G agreed on the LP chairman's decision and finally G, by his parents, sent the Toga and Graduation Greatness Graduation clothes, G and the LP chairman and all the prisoners who were in the same walk with G celebrated with excitement.
The cheers of G friends from prison echoed from the cell room how excited they were.
Proud of G graduated at the Correctional Institution (LP).
di Desember 15, 2019
Kirimkan Ini lewat EmailBlogThis!Berbagi ke TwitterBerbagi ke FacebookBagikan ke Pinterest
Label: Love my killer, so graduation was jailed 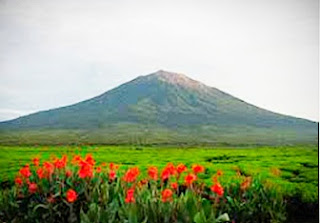