Love the city girl of the village youth


The dim street lights in the city, sparkling the city's sparkling associations, from a distance the laughter of girls from their luxury cars was seen, they seemed to feel happy and share their stories, just call their names Angelita and Ana, mama's children who are rich in luxury cars,  Angelita looks beautiful and charming in her book, I appeal to the men who see it as well as Ana. In the sparkling city that night they shared the story of who would become their potential companion. The fun of laughing two siblings are both alumni from one of the universities  in her city, Angelita Tells that she prefers simple men to rich children, because in that city no one is richer than both parents Angelita and Ana.Ana then shares her story with her brother while her brother takes the steering wheel on the way  both of them from a shopping mall in that city, that Ana also prefers seder youth behavior  hana who is from the village.

Attacked a long time later both of them were silent, looking at pedestrians passing by on the troroar road, both of them sighing and grumbling, how their hearts change when glancing at the footsteps. Angelita said we should be grateful for God's gift.  mature brother.

Shortly afterwards Angelita drove her vehicle above the standard, while Ana was fast asleep due to exhaustion, shortly after

After the luxury car Angelita and her sister Ana parked neatly in the bakasi, they stood at the door and pressed the bell, their helpers immediately rushed to open the door, Angelita and Ana were still and sanda joked about all the village youths she loved, Ana just moaned a smile she knew that she knew that  his sister's heart is in bloom.

Then both of them went straight into the room and rushed to pray five times a day, both parents Angelita and Ana could only smile to see their beloved child.

His parents already knew that their first daughter Angelita fell in love with a young village man.

Reportedly working at a private TV media agency, the young man was also obedient in knowing and understanding religion, Angelita and Ana's parents often told him that they knew a close person named Diar.  The next continuation depends on their children to sincerely have and love the village youth whose diar name, Angelita often smiles if the name of the diar is mentioned by her female parents.

After Angelita and Ana finished praying five times, they approached the dining table, and threw smiles at their father and mother, not later then the Angelita family finished from their meal, son Angelita said to your mother these weeks, flowering hearts, falling in love huh  ?? Angelita bowed in shame from what her mother said, remember son !! The village youth who taught religion to you, I know you love her, her sister Ana and the father who listened to the word smiled as if he knew and blessed Angelita and Diar. 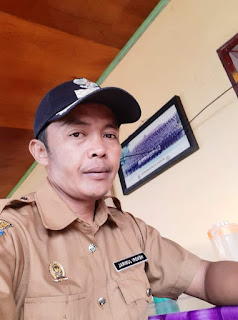